If you’re searching for “car storage Honolulu” you’ll probably find us.  We have our dilly rental vans.  They are available for rent, even if you aren’t a storage tenant with us.  They are spacious new vehicles with backup camera technology and other features that make it easier to drive an oversized vehicle like these ones.

Marcy had called us for a van reservation the same weekend she needed it.  She was happy to hear that we had a van available for her!  She stopped by the next day to rent out the van, along with her friend who was going to help her for the day.

She saw a van in the parking lot as she walked in and asked if that was the one reserved for her. Marcy thought she was getting a box truck type for the day because she assumed we were still using Uhaul rentals.  However, we have recently brought on our own fleet of vehicles, the dilly rentals.

Marcy and her friend inspected the vehicle to make sure it would fit their needs for the day.  They took the van out for the day and utilized it to do all of their transporting and moving needs.  When they returned the van, they commented on the cleanliness and newness of the van. James has had a self storage unit with us for about two years now. He joined us in 2016 with his 10x15x10 unit. At the time, we put him on the waitlist for a unit on the first floor, per his request. First floor units can be appealing for tenants because if you have a truck load of items that need to be loaded into storage, it’ll be a lot easier to drive up and load things in rather than take the elevator to deposit your items into your unit.

In the middle of last year, a drive up unit became available so we gave James a call for him to tour the unit. He stepped by to look at it, and unfortunately it was too large for his needs. He was still in search of a unit on the first floor though, so we kept him on the whitelist.

Earlier this month, we had someone move out of a 10x15x12 unit on the first floor. So there was now an opening for James! However he wasn’t first on our wait list so we called the other names on the list. Fortunately for him, those calls went unanswered or those tenants weren’t looking for units anymore, so then we gave James a call!

James came in to tour the unit on the same day that we called him. We did paperwork the same day for him to transfer, and he was in the new unit by the next day!

James was really happy that we followed up with him on the wait list, even though he was further down on the list. He was hesitant that we would give him a call because he had turned down the first option we gave him. James is happy with his first floor unit because it’s easier for him to access the self storage unit and deposit items in it now! 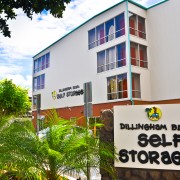 Storage facilities can be a hesitant option for those that have never had one before. New tenants sometimes worry about security and the potential of break-ins when storing their valuables. We are here to assure you that our storage facilities are very secure and safe.

Esther was a recent customer of ours in search of storage for her daughter’s items who was in the midst of a move. She was hesitant to sign a storage lease because of security concerns.

We gave her a tour of the facility and she was impressed by the security cameras we have around the property and the surveillance cameras in place. We also informed her that we have an after-hours security guard monitoring the property at night. We also have alert tenants that report suspicious activity, if any.

She was also impressed by the cleanliness of Dillingham Self Storage, another concern of hers. Esther expressed how she had toured a few other facilities and noticed the unkempt nature of them. We work hard at maintaining tidiness on our properties.

Esther was overall really happy with the tour and excited to sign her storage lease – they really needed a place to store the items while in the midst of a big move for their daughter! She thought it was so ironic that she’s driven past us on Dillingham Blvd so many times and that only now she’s signed her lease with us! 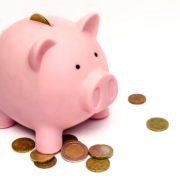 Here at Dillingham, our oahu self storage facility is more than just a facility. Our kind staff and supreme customer service make us a family. We always want to help out tenants when it comes to tips, advice or just saving money in general!

Makala was a storage tenant with us back in 2015 and had three units. She moved out at the end of the year and has recently returned to get her space back! Upon move in, the biggest size we had available was a 5x10x10, so we gave her 3 of those units. She took all three and came back another day expressing a need for a 4th unit.

Fortunately that same day, someone had moved out of their 10x15x10! Makala considered getting a smaller unit than that and just having 4 seperate units. However, because of our pricing system, we explained to her that she would be saving over $100 a month if she fit everything into one big unit instead of 4 separate units.

Makala was happy with the storage offer and called her nephews to help her move into the new unit. She was appreciative that we gave her this advice and compared the prices for her. She even mentioned to her friend, “they’re so good to me over there!” We love helping our tenants out, especially when it comes to saving money!